-Declaration of Intent signed, to further discussions with respective governments

The visit in its entirety served as a means for Minister Trotman and Deputy Minister Oliphant to hold bilateral discussions to enable both countries to work closer in the fields of mining and mineral policy development, exploration, mineral processing,
and beneficiation. It also served as an opportunity for the South African team to experience Guyana’s mining operations, beauty-both natural and architectural, and government operations.

The delegation was treated to tours of two of three major mining operations in Guyana; Guyana Goldfields Inc. Aurora Gold Mine – Mazaruni and Bosai Minerals Bauxite operations – Linden. Both operations impressed the delegation and saw the Deputy Minister indicating that the operations are the way of the future. A meeting was also held with the Principal and Vice-Chancellor of the University of Guyana Professor Ivelaw Griffith and his supporting staff.

The delegation’s entire visit ended on a high note with the Guyanese and South African relationship becoming closer as both Ministers signed a declaration of intent which now leads to a formal Memorandum of Understanding. The countries will now make efforts towards strengthening economic partnership and collaboration towards mutual socio-economic benefit. The parties will also now collaborate in five areas of expertise and experience.

The signatories, Minister of Natural Resources Hon. Raphael Trotman and Deputy Minister of Mineral Resources Hon Godfrey Oliphant have since both expressed their elation with regards to coming to the stage of signing the agreement after mutual discussions. They will now begin further consultations with their respective governments to formulate the Memorandum of Understanding to allow further elaboration of bilateral agreements to be entered into and to develop a roadmap to achieve the objectives of the declaration between the countries.

In the coming months, it is expected that a Guyanese delegation will visit South Africa to formally sign the Memorandum of Understanding and actualize the terms of the Declaration of Intent. Members of the delegation will include both government and mining organisations’ representatives. 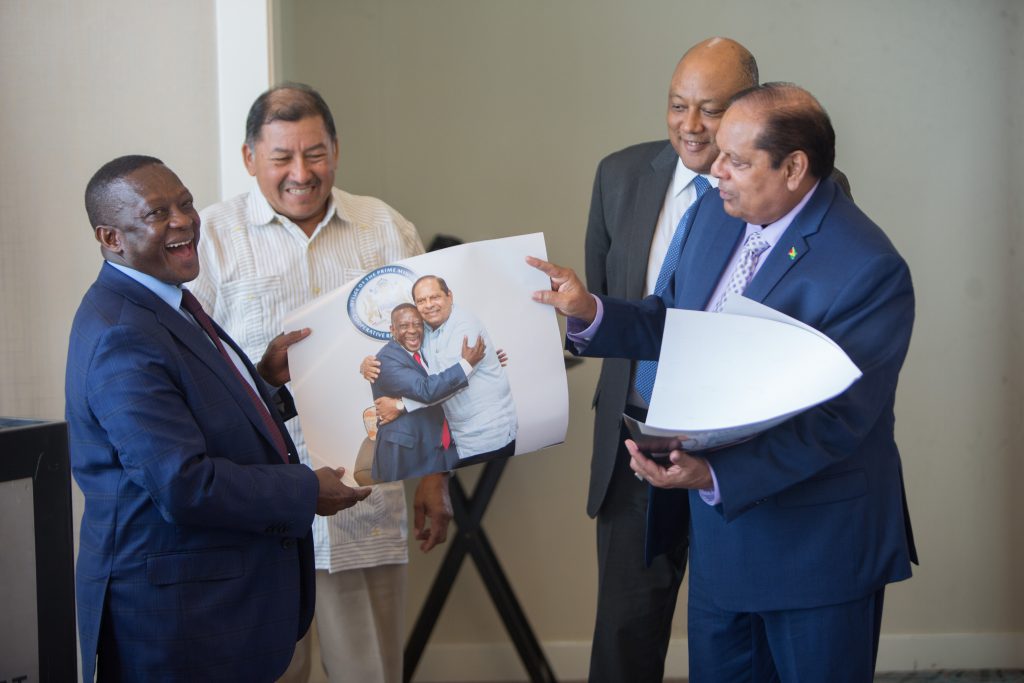 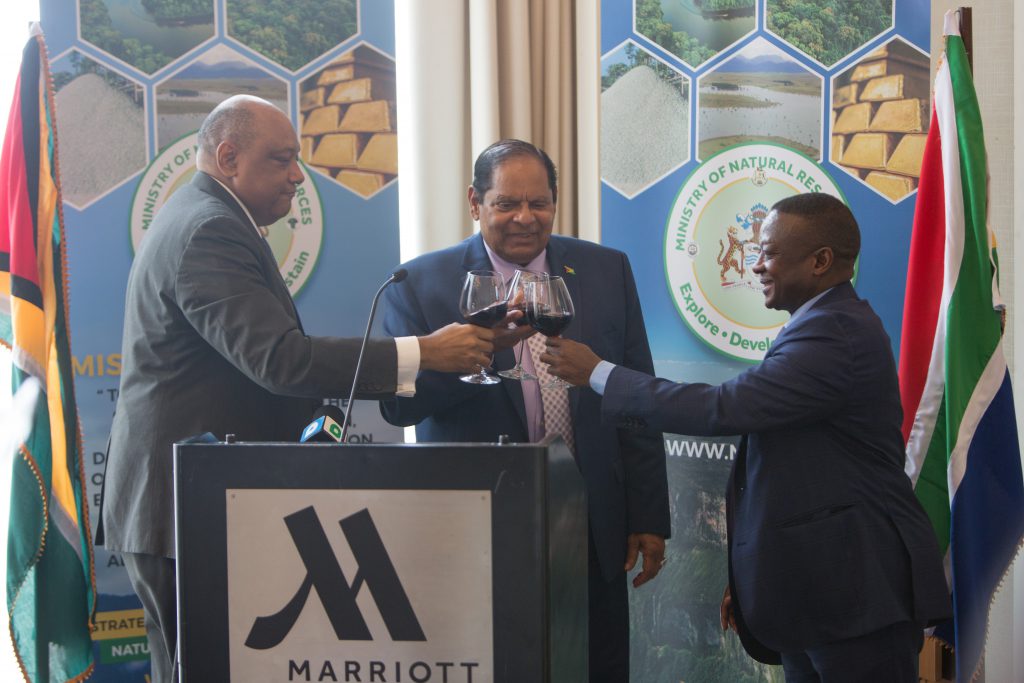 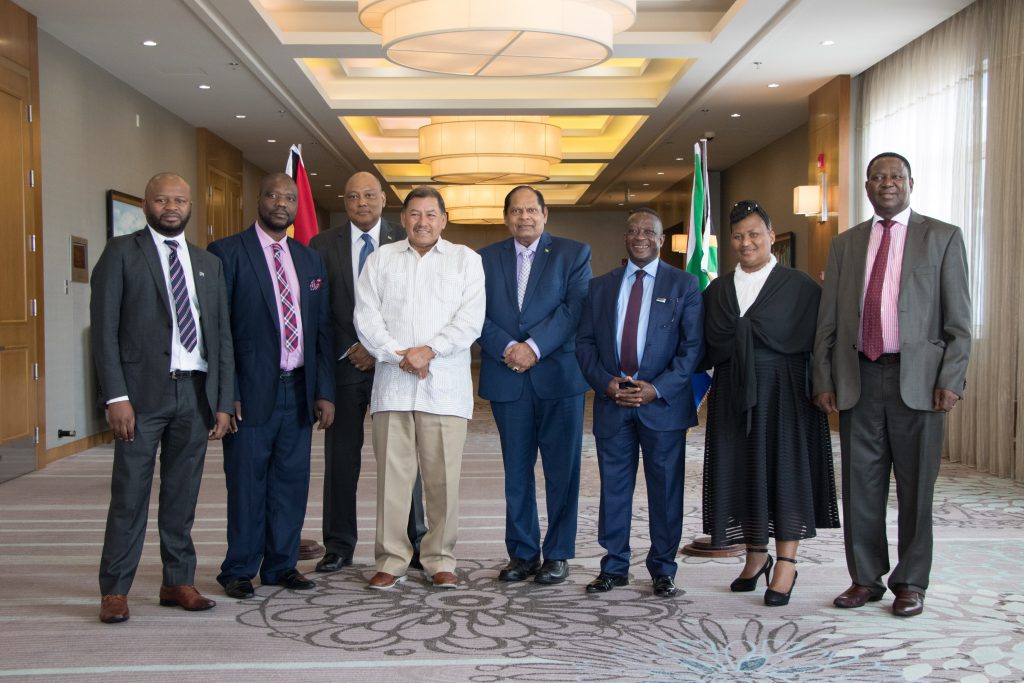 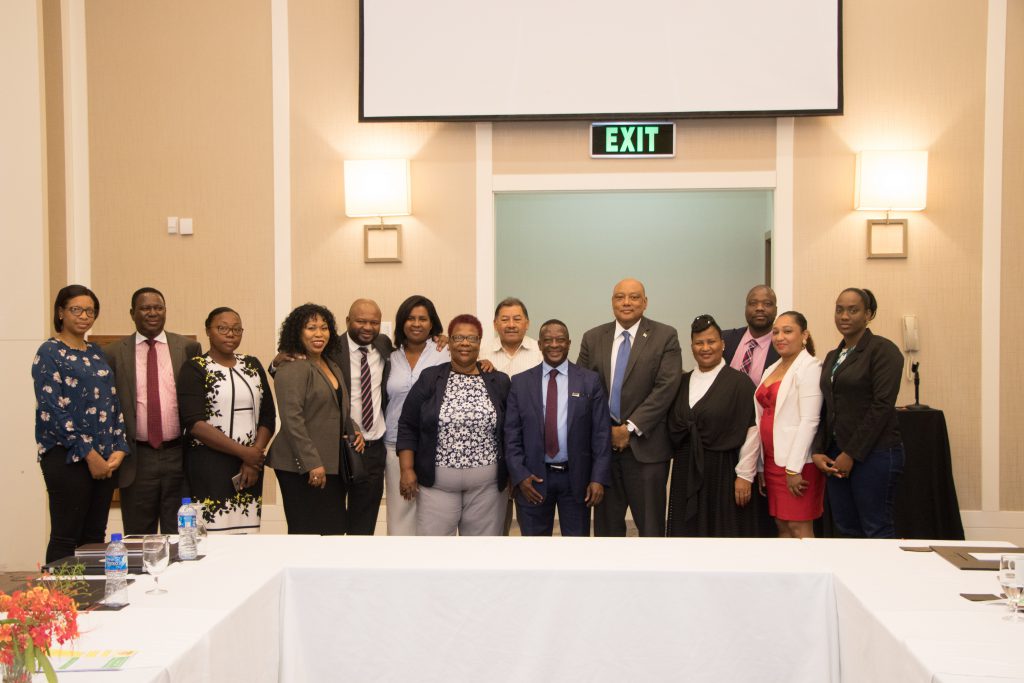