Today, Friday, May 24, 2019, Minister of Natural Resources, Hon. Raphael Trotman oversaw the holding of a mining lottery conducted by the Guyana Geology and Mines Commission (GGMC) at Port Kaituma, Region 1, and Mining District 5. This is the second lottery for 2019 and follows a similar exercise held in Georgetown in March.

The Minister, who was accompanied by Minister within the Ministry of Indigenous Peoples’ Affairs, Hon. Valerie Garrido-Lowe, and Regional Member of Parliament, Mr. Richard Allen, explained to the scores who had gathered, that this was the fulfillment of a promise made to make more mining lands available to small miners in the Region 1 (Mataki) Sub-District, and elsewhere.

The Minister, though bemoaning the fact that more lands were not readily available, undertook to keep the search open for mining opportunities and called on the successful applicants to use the lands beneficially and with respect for the environment and mining laws. The Minister also took the time to thank the diligent and hardworking staff of GGMC for making the lottery possible.

Minister Garrido-Lowe made brief remarks and congratulated the miners and residents of Port Kaituma, while reminding them that the APNU+AFC government was working assiduously to address their needs and to provide a good life, and pointed to the ongoing road construction as one such “good life” project.

By the time of the completion of the lottery, some 141 persons had received one (1) mining block each in District 5 and several of the other Mining Districts. 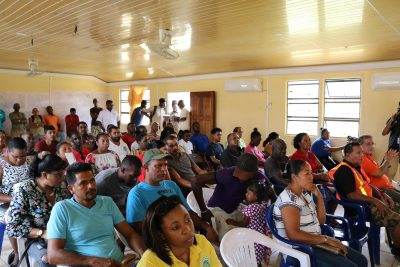 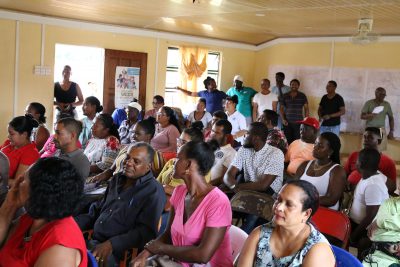 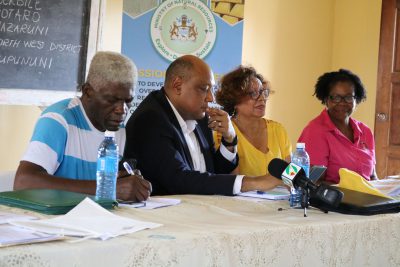