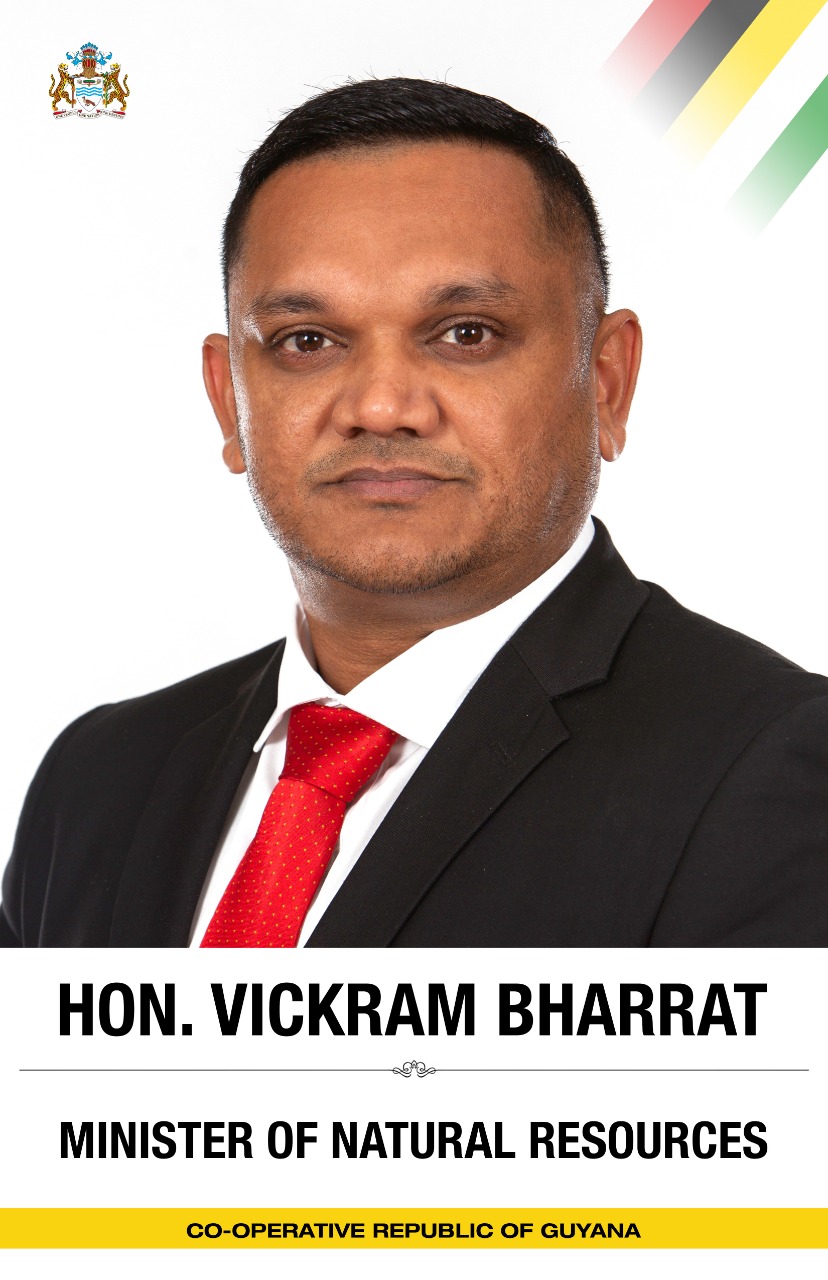 Fellow Guyanese, as Minister of Natural Resources with responsibility for the Petroleum Sector, it gives me great pleasure to announce Guyana’s 18th Offshore Oil Discovery at the Redtail-1 exploration well. This will add to the estimated recoverable resource of more than 8 billion oil- equivalent barrels on the Stabroek Block.

The Government of Guyana welcomes the Redtail discovery and remains committed to the development of Guyana’s Oil and Gas Resources. This discovery comes in wake of our County’s Budget for the year 2020 and complements the number of progressive measures announced by His Excellency Dr. Irfaan Ali, President of the Co-operative Republic of Guyana and Honourable Vice President Dr. Bharrat Jagdeo. I assure you that the Government will do everything possible to ensure benefits from this and other sectors enhance the lives of all our people.

The ExxonMobil exploration programme continues to identify high-quality reservoirs in close proximity to previous discoveries. This will play an integral part in our long-term growth plans which will bring significant value to Guyana’s Development.

The Redtail Discovery is an addition to the Liza 1 well, which is in production and has already yielded almost $150 million USD from the three (3) completed lifts with the 4th lift schedule for later this year. The Liza 2 well is expected to start production in early 2022 from the LIZA Unity Floating Production and Offloading Vessel (FPSO) with a capacity to produce up to 220,000 barrels of oil per day.

Additionally, upon successful conclusion of the negotiations and approval, PAYARA will follow Liza 1 & 2 with Prosperity FPSO, also producing 220,000 barrels of Oil.

The Government of Guyana is committed to ensuring Guyanese benefit from this sector, this has been demonstrated in President Ali’s appointment of the Local Content Panel. The Panel has already commenced work in this regard and will soon be holding consultations and workshops with the relevant Stakeholders with the intention to draft a policy document and eventual Local Content Legislative framework.

These significant discoveries in the new and emerging Oil and Gas Sector will provide the impetus to the Government’s effort to re-vitalize and re-capitalize the traditional productive sectors so that Guyanese can enjoy progress and contribute to wealth generation under the People’s Progressive Party administration.