The Government of Guyana and ExxonMobil earlier today signed the license for the Payara field offshore development in Guyana. The Payara project approval was a result of several reviews and consultations by local and international experts.

Prior to the approval, the Government of Guyana had decided to review the work already undertaken by the Department of Energy and Bayphase Oil and Gas Consultants on the Payara Project so that the interest of all Guyanese is protected and in keeping with international transparency and accountability standards.

Most importantly, the Canadian funded team of technical experts assessed the project to ensure that all relevant regulations are complied with and that they can be enforced.  This included environmental standards and reservoir management to safeguard the interests of the people of Guyana and that their resources are developed in a sustainable and responsible manner to the benefit of the country.

Further, in the licensing agreement, the government has insisted that routine flaring is strictly prohibited without the approval of the EPA. Flaring to maintain oil production will not be permitted. Esso Exploration and Production Guyana Limited (EEPGL) will pay the Government for the cost of gas wasted during flaring and will also be subject to fines under the EPA related to emissions from flaring.  The EPA will establish a framework for a price on carbon to conform with international standards.

Additionally, the government has insisted that EEPGL manage produced water to an international standard to minimize the effects of discharging produced water. EEPGL is required to update its base design to include tie-in points and space for produced water injection equipment.  EEPGL will carry out a study overseen by the Minister of Natural Resources to be completed by the first quarter of 2021 to examine the safe and efficient reinjection of produced water, including the effects on the reservoir. This is in keeping with government’s commitment to preserve marine life and water quality.

As such, the Government of Guyana remains committed to manage and harvest Guyana’s oil and gas resources sustainably in keeping with internationally recognized acceptable environmental standards and transparency for the benefit of all Guyanese.

The project in the Stabroek Block is expected to produce up to 220,000 barrels of oil per day after startup in 2024, using the Prosperity floating production, storage and offloading (FPSO) vessel. The US $9 billion Payara development will target an estimated resource base of about 600 million oil-equivalent barrels and the largest single investment in the history of Guyana. 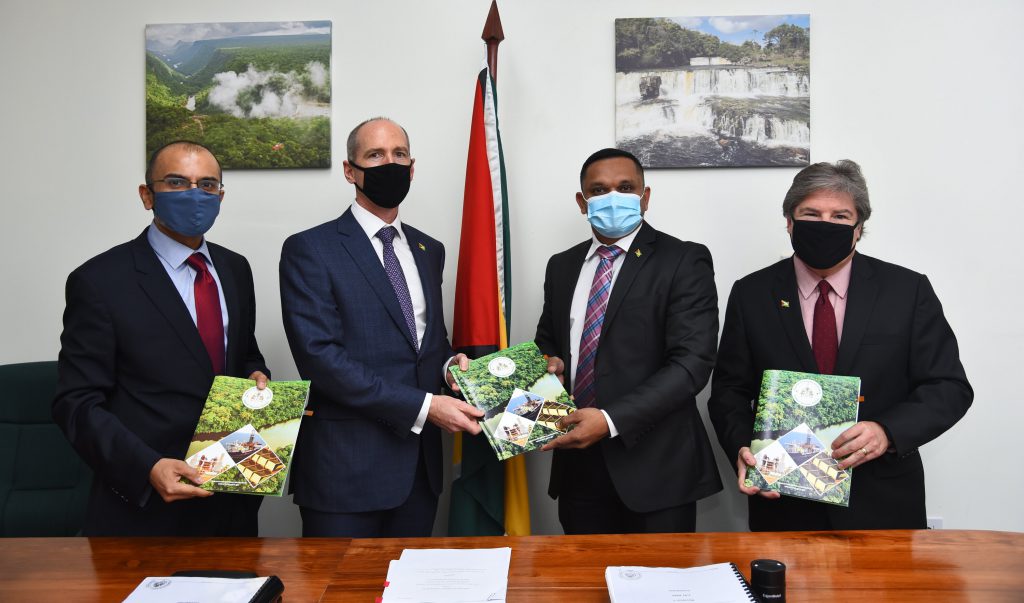 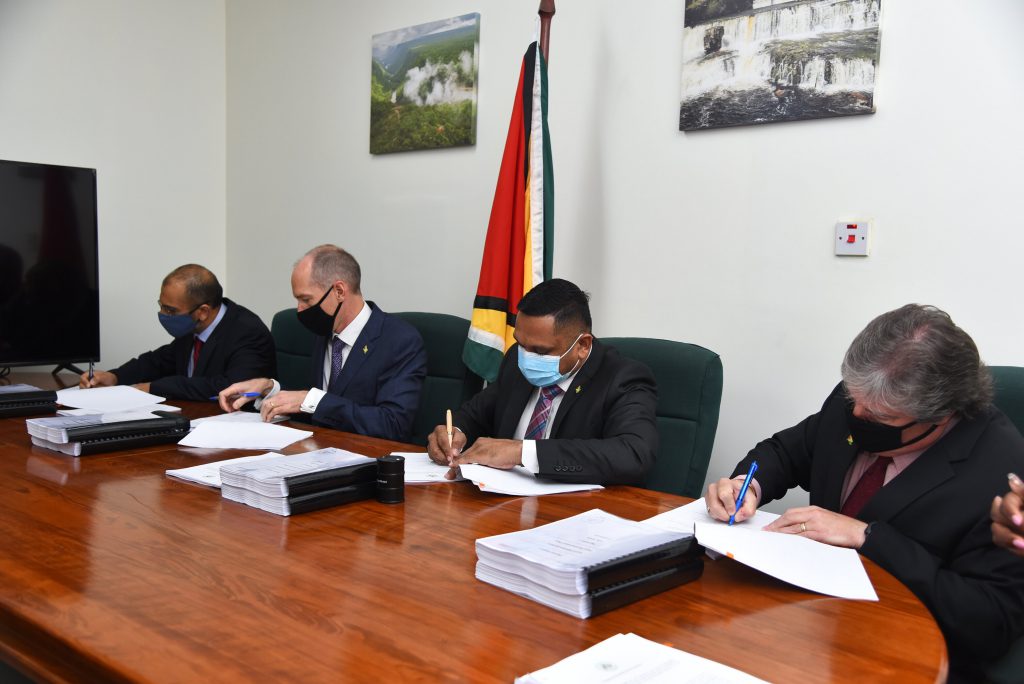 Signing of the documents by the parties.

Signing of the document by the parties.