Over $500 million will be injected into the economy of Pomeroon-Supenaam (Region Two) with the distribution of the $25,000 per household COVID-19 relief cash grant.

Minister of Natural Resources Hon. Vickram Bharrat made this disclosure in his address today during a meeting with the region’s leaders at State House, Anna Regina.

The Minister said while the sum is being criticised by some sections of the society, it will help to stimulate the regional economy.

The Minister said the grant, which was first announced by His Excellency Dr. Mohamed Irfaan Ali, is a clear demonstration of the Government’s care for the people. The grant, coupled with the other budgetary measures and the reopening of the economy, is designed to safeguard livelihoods and revive the economy.

“If we remain closed, it means we will not be saving people from COVID, soon we will be saving people from starvation because people are suffering… it has a domino effect. That is why we decided to extend the curfew, but they do not understand that so many of our people are farmers and the police harass these people when they come out 4 o’clock in the morning with their greens,” the Minister said.

It was careful consideration of the plight of farmers and other workers that compelled the Government to act.

“People are not thinking about those kinds of people, but we are always thinking about every single Guyanese. That is why we said not six o’clock but four o’clock, so that people can go to the market and sell their produce… These people have to live and we know because of the state of the economy people live almost on a day- to-day basis or from one pay cheque to the other,” he explained.

Minister Bharat highlighted that President Ali has already asked world leaders to place Guyana on the priority list when a vaccine for COVID-19 becomes available. However, for now, the most the Government can do is ask people to follow the guidelines issued by the Ministry of Health to prevent transmission. 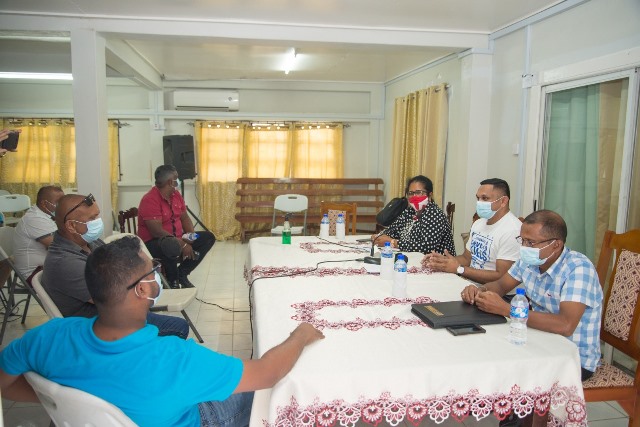