On the heels of the announcement of a new oil find by CGX Energy and Frontera Energy Corporation in the Corentyne Block offshore Guyana, Minister of Natural Resources Vickram Bharrat is confident that the discovery will bring massive investments to Region Six.

During an interview with DPI on the sidelines of Tuesday’s sitting of the National Assembly, Minister Bharrat recalled that during the APNU+AFC’s five years in office, the county of Berbice suffered. He linked the suffering to the callous and unconscionable closing of the Skeldon and Rosehall sugar estates. In addition to this closure, the region was bereft of new investments. 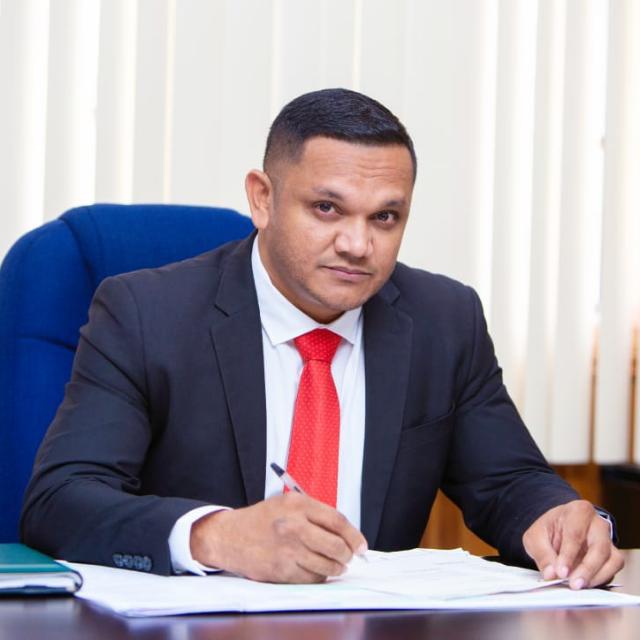 “This oil find will be a breath of fresh air for that county, and I am sure that we will see a number of investments going east as we move forward in the oil and gas sector,” he said.

The minister was keen to note that the government takes positively and welcomes the announcement by CGX Energy and its partner in the Kawa-1 well in the Corentyne Block. Minister Bharrat also shared his excitement over the discovery which was made outside of the globally prolific Stabroek Block.

“We have always been in supportive of exploration activities being done by all of the operators across the blocks including the Corentyne Block. We knew that the Corentyne Block has significant potential because of its closeness to the discoveries in Block 58 in Suriname,” the minister said.

He said the announcement by the two oil companies indicates that there might be large reserves of hydrocarbons present in the Corentyne Block.

“As government, we have to await on the logging and the further appraisal of the well information and other wells so that we can try to quantify the hydrocarbons present in the Corentyne Block. But as it is right now, we are very delighted on the information and the news,” the minister outlined.

On the deep-water port that is being constructed by CGX Energy, Minister Bharrat called on CGX Energy to ensure that the completion of the facility is done in a timely manner. This timeliness, he pointed out, will create opportunities and jobs for Berbicians.

The Kawa-1 well encountered approximately 177 feet (54 metres) of hydrocarbon-bearing reservoirs within Maastrichtian, Campanian and Santonian horizons based on initial evaluation of Logging While Drilling (LWD) data. These intervals are similar in age and can be correlated using regional seismic data to recent successes in Block 58 in Suriname and Stabroek Block in Guyana.

The well also encountered hydrocarbon bearing sands in deeper strata (Coniacian or older) which will also be analysed and could become the target of future appraisal opportunities. The net-pay and fluid properties of the hydrocarbons across the shallow and deep reservoirs will now be confirmed with electric wireline logging and fluid sampling, with results to be disclosed as soon as practicable.

The Kawa-1 well was drilled to a depth of 21,578 feet (6,578 metres) and targeted the easternmost Campanian and Santonian channel/lobe complex on the northern section of the Corentyne block. The Kawa-1 results support the Joint Venture’s geological and geophysical models and have helped de-risk equivalent targets in other parts of the Corentyne license area. The end of well forecast is currently projected to be the end of February 2022. Information on final well cost estimates and additional results will be announced upon completion of end of well activities.

CGX is currently assessing several strategic opportunities to obtain additional financing to meet the costs of the drilling programme.